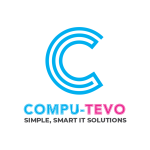 To an unemployed person, even the tiniest scrap of information could be the key piece of the puzzle that ends in a job.

For a number of unemployed Olievenhoutboschhoutbosch youth and residents, 19 June 2014 might just be the day that turned things around. As part of this year’s 20th nationwide celebration of youth month, a cluster of government institutions beamed a spotlight on this growing community, focusing on two of its most urgent problems; unemployment and drugs.

Organised by the Olievenhoutbosch Development Association (ODA), the outreach programme provided information to young people and residents about immediately available opportunities for work and self-improvement both within Olievenhoutbosch and the Department of Labour.

Ricca Motshwane, representing the Department of Labour explained, “We want to provide a clear picture of the services that the Department offers, such as Labour Centres, Employment Insurance Fund (UIF), IES, Safety in the Workplace and many others.” According to Motshwane, the Department of Labour runs a scheme which brings together job seekers and employers: “Employers send us requests for employees in specific job categories. We put these requests into our computer system. We then take our list of job seekers and match it with the one from the employers. We send the names that match the jobs back to the employers. That is how you get an interview and later a job,” explained Motshwane.

Vusi Mazibuko, assistant director at the Department of Labour, announced that they are looking to start employing 2500 young people in low skilled jobs in August this year. “This is a special recruitment project where you don’t need a matric qualification. You will be doing mostly maintenance work in the community, cutting grass and renovating buildings,” Mazibuko told residents.

Prudence Mtileni on behalf of the Gauteng provincial Department of Social Development, called on Olievenhoutboschhoutbosch residents, especially youth, to rise up against drug abuse in the community. “We want to see young people in their numbers taking part in destroying the monster of drugs currently stalking this neighbourhood,’ Mtileni said.

Mtileni urged residents to join the Local Drug Action Committee (LDAC) and wage war on Nyaope, the current scourge of most townships around Tshwane. “Most of you probably don’t know that such a committee exists here. It needs more people and more publicity. It is housed at the temporary community clinic and there is at least one meeting per month,” Mtileni said.

ODA manager Ingrid Ramabu, had a presentation at the event. She announced that the day was part of an ongoing campaign to empower residents and youth with information, skills and other self-development opportunities in Olievenhoutboschhoutbosch and in society broadly.

Amongst a number of services; ODA teaches people how to use computers, man call centres, operate as cashiers, work as domestics or enter the hospitality industry. Volunteers also provide career guidance to the youth. “Between 2011 and 2012, ODA produced 110 security guards, 150 hospitality workers, and 60 call centre agents who were all placed in full time employment.

Precious Molefe, a graduate of ODA’s “Giving Wings” youth programme, also testified to the positive impact the organization has had on her life. “I am more confident and positive about my life. Things are happening for me. I now have a business account for my fashion design business and I am the owner of an industrial overlock machine, and all this on my own!” Precious said. She also paraded one of her latest creations before a stunned audience at the event.

The day also saw two more presentations by the Social Crime Prevention Unit of the Tshwane Metropolitan Police; as well as the South African Legal Aid Board.

THANK YOU FOR REACHING OUT!

A Big Thank you to our Sponsors